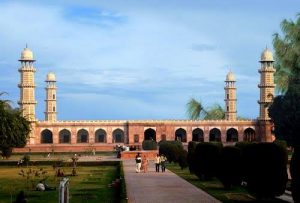 Punjab is the richest in culture and heritage out of the four provinces in Pakistan.Punjab, its name meaning “Land of five rivers”, and the house of granary, is the most fertile and heavily populated province of Pakistan. Geographically, it is land of contrasts from the sands of Cholistan desert to the vast green fertile plains, from the strange landscape of pothohar plateau and salt range to the pine covered foothills of himalaya.punjab has the honor of having the most organized irrigation system in the country,here are grown most of pakistan,s wheat,rice cotton barley maize pulses oil seed sugarcane and tobacco.Punjab truly is the land, which is enduringly antiquated and progressively modern. Although Punjab has well planned cities and beautifully conceptualized residential colonies, most of its people are rural folk for whom life revolves around the cycle of seasons, studded with a rich variety of traditions, fairs and colorful folk festivals, all around the year. The houses in the rural expanses for the most part, are built of mud and clay and strengthened with straw. They are the proud custodians of the centuries old Harappa Civilization, the grandeur of the Mughal Empire and a culture that even time could not work away. Explore Punjab by spending some time in a village, and feel the warmth, the toiling strength of its people and their craftsmanship reflected in their pottery and wearing designs.

Lahore is cultural and academic center of the country with an abundance of historical monuments, exhibiting elegance and architectural magnificence. Most people coming to Lahore and others who reside in lahore are well aware of the monuments like Lahore fort, Badshahi mosque, Shalimar garden, Lahore museum etc. It is however a dismal reality that many of Lahore,s historical assets dating from the mughhal period or even before are not well known or well preserved.These treasure of history are hidden in unknown corners of the city.

Multan the land of the mystics is probably the oldest surviving city in south west Asia.The history of Multan is the history of the sub-continent.every invader from Alexander,through the Moughals , right up to the British have fought for control of the city.Multan is located about one hundred km from Punjnad,where the five mighty rivers of Punjab meet.here in Multan,are more tombs of saints and Sufis gathered at one place than anywhere else in the world.The city is dominated by towering brick and marble shrines, in particular by its eleventh century patron saint shah Rukn-e-Alam, and Hazrat Bahauddin zikria with many others such as shah shams Tabrez.They are not only an object of veneration for the locals,but also for thousands of people who throng in massive numbers to these shrines, searching for spiritual enlightenment.in fact, the galaxy of mosques and mausoleums erected in Multan speak eloquently of the grandeur and sublimity of this great city.other remarkable sights in Multan include the fort standing majestically above the city ad the 18th century eidgah mosque.Multan flourished in Mughal era,becoming famous for its musicians and for the skill of its craftsmen who perfected a special style of blue painting and glazed pottery.

Multan is a complex and multilayer city.its Hussain Agahi bazaar ranks amongst the most fascinating bazaars in the world.just off the main street of the bazaar,are tall houses with wooden balconies where one feels as though transported suddenly back in time.this is truly a place where the two worlds meet.

Uch sharif is an important historical city, having been founded by Alexander the Great. Formerly located at the confluence of the Indus and Chenab rivers, it is now 100 kilometres from that confluence, which has moved to Mithankot. It was an important centre in medieval India, as an early stronghold of the Delhi Sultanate in the 13th century during the Muslim conquest.

Uch Sharif contains the tombs of Bibi Jawindi, Baha’al-Halim and Jalaluddin Bukhari, which are considered masterpieces of Islamic architecture and are on the UNESCO World Heritage Site tentative list.

Islamabad Pakistan,s capital nestles against the backdrop of the margalla hills,the foothills of the Himalayas.modern,spacious and carefully planned Islamabad is a city of wide, tree-lined streets, large houses, elegant public buildings and well-organized shopping malls, traffic jams and crowds seldom occur, and narrow lanes and slums are few and far between.sidewalks are shaded and safe behind rows of flame trees.jacaranda,hibiscus,roses and jasmine at full bloom present the city to its best.this beautiful city offers some of the lovely places like Lok virsa museum and Faisal mosque which is one of the biggest mosques in the world.it also has a natural history museum, and eye-catching spots kike Daman-e-koh, Japanese garden, Shakarparian and Rawal dam, Islamabad, being the federal capital, is also the custodian of the parliament house, presidency and all the foreign embassies.

Bahawalpur located in Punjab, is the twelfth largest city in Pakistan.The city is capital of Bahawalpur District. The city was once the capital of the former princely state and later the province of Bahawalpur. The city was home to various Nawabs (rulers) and counted as part of the Rajputana states (now Rajasthan, India). The city is known for its famous palaces such as the Noor Mahal, Sadiq Ghar Palace, and Darbar Mahal, as well as the ancient fort of Derawar in the Cholistan Desert bordering India.

The city is located near the historical and ancient cities of Uch and Harappa, which were once a stronghold of the Delhi Sultanate and Indus Valley Civilisation. The city is home to one of the few natural safari parks in Pakistan, Lal Suhanra National Park.

Lahore is Pakistan's second largest city. It is widely considered the country's cultural capital. The heart of Lahore is the Walled or Inner City, a very densely populated area of about one square kilometer... 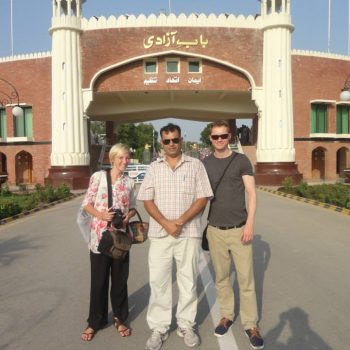